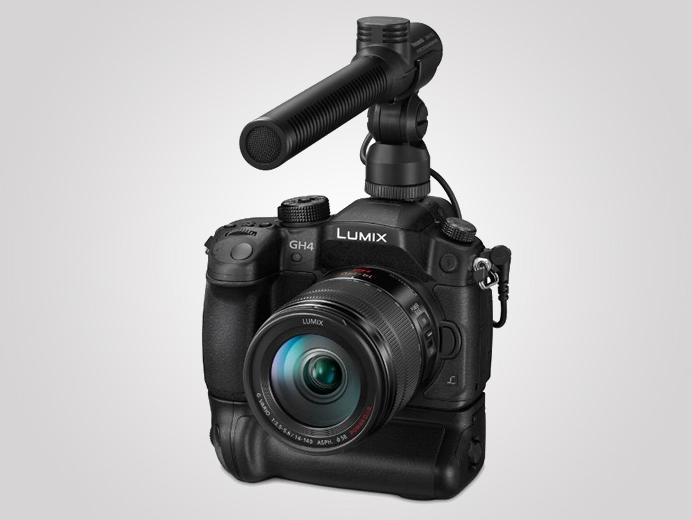 Panasonic has announced a new interchangeable lens mirrorless camera called the DMC-GH4 which is a successor to the GH3 launched a year and a half back. The new DSLM camera by Panasonic packs in a host of new features but the most important of all is that it is touted to be the first shooter capable of capturing 4K videos in its class. The camera is equipped with a 16.05 megapixel Digital Live MOS sensor and a quad-core Venus Engine Image processor that can shoot at ISO 25,600 along with 12fps single auto-focus or 7fps continuous auto-focus burst mode.

The newly developed Digital Live MOS Sensor for the GH4 excels both in sensitivity and response and also suppresses rolling shutter effect even when using the electronic shutter. On the recording front, it can record in the Cinema 4K resolution of 4096×2160 at 24fps or QFHD resolution of 3840×2160 at 30fps in both MP4 and MOV formats. It can also record 1080p video at up to 200Mbps bitrate at ALL-I or at 100Mbps IPB. As far as still photography is concerned, the GH4 offers burst shooting in 12 frames-per-second up to about 40 stills when saving in RAW format, or up to 100 stills when saving in other formats. The body is made up of magnesium alloy and offers splash and dust proof construction. Pricing and availability is yet to be announced.