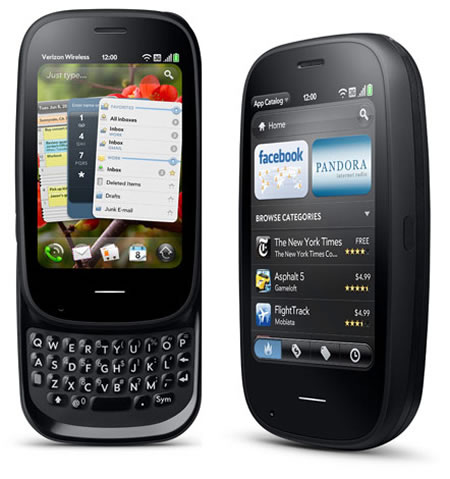 It’s been quite some time since we’ve been hearing about the Palm Pre 2 making it among us. Nothing tangible has surfaced since, till we got the news of a device with a 1GHz CPU, a 3.1-inch 480×320 HVGA multi-touch display, a 5-megapixel camera with LED flash, a touch-panel-and-slide-out-QWERTY build, Bluetooth 2.1, 16GB inbuilt storage space, a 3.5mm headset, 5.5 hours continuous talk time and a design that outdoes the Palm Pre with a sleeker, more streamlined design. There’s also some word of the this phone being a lot more faster and efficient than its predecessor and that goes without saying, now that they’ve got so much time cushioned between both releases.

SFR customers in France will be the first to experience the magic of the Palm Pre 2 on Friday. Back home we’ll have to set out on a wild goose chase for unlocked UMTS versions of the phone.
[Engadget]