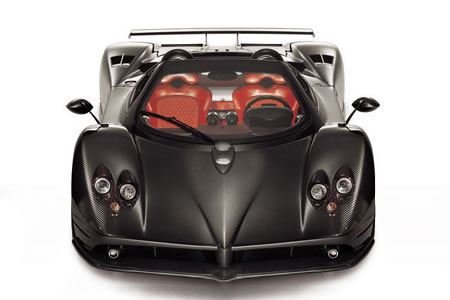 Swoopy, curvy, low and fast, it’s hard not to fall in love with the new Pagani Zonda F which will be shown at the Geneva autoshow. With a Mercedes AMG-derived 7.3L V12 engine under the hood you can touch it’s top speed of 214 MPH much sooner than you think. Pricing is not released yet, but Pagini says it will be the most expensive roadster in the world with killer looks and a 7.3 litre powerplant who would not agree. With it 12 cylinders producing 650 hp and 575 ft-lbs. of torque you go zoom from 0 to 60 mph in under 3.6 seconds. Only 25 of these speed machines will be produced.