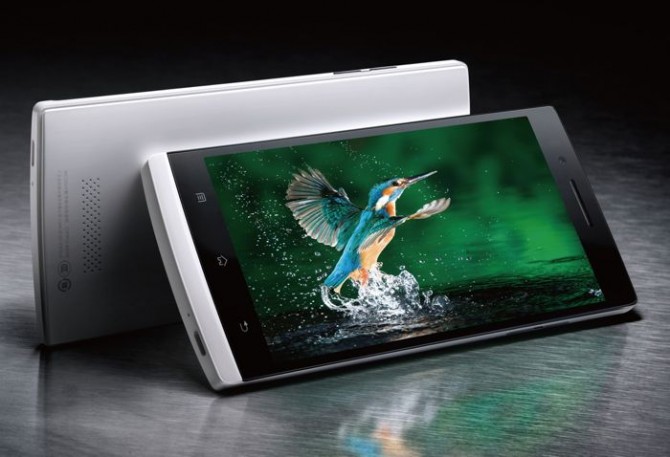 Oppo are pumping in more style and detail into their smartphones. The Find 7 device seems to be great at finding its way into the most notable display devices. In what could undoubtedly be dubbed as a trailer, Oppo showed off the Find 7 device with a 5.7-inch display and a 2K (2,000 horizontal lines) display. This means that the former 1080p display on the Oppo Find 5 has been trounced with a 2560×1440 pixels one, in the Find 7. Now, looking at the total resolution and the size of the screen to accommodate the same, one can compute the screen to offer 551 pixels per inch! There is doubt as to whether the 5.7-inch screen will be a reality, especially after Oppo’s former executive, Carl Pei, brushed the news away.

It is most likely that the 2K standard could well be the moat hyped resolution for upcoming handsets, much like the 4K trend that has so tightly gripped the television scene. There has already been word of the Galaxy S5 containing one such display.