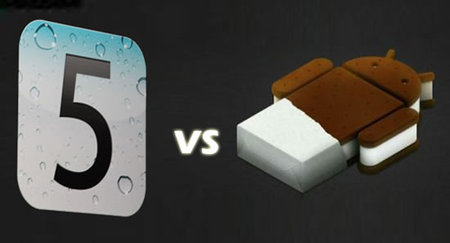 Apple and Google continue developing their mobile platforms, offering customers more power and flexibility to communicate and compute wherever they go. Apple’s latest system, iOS5 came out in time for the new iPhone 4S. Google has a new version of the Android OS called Ice Cream Sandwich. Both systems make the most out of mobile high speed Internet, and they both add impressive new features for mobile users. We discuss just a few of the new features from each product help shoppers know what to expect from them.