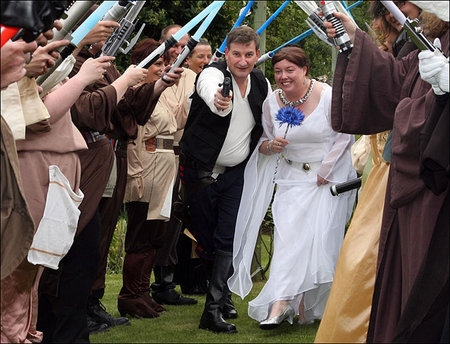 One of the geekiest Star Wars wedding

We have seen Star Wars weddings the past but this one takes the cake when it comes to Geekiness, and why is that? Well the groom is dressed as Han Solo while the bride as Princess Leia along with a supporting cast of 50 Jedis and Sith Lords saw Chewbacca as best man. But it is the tiny details like the Bride Sammy’s meteorite ring which was engraved: “May the 4th be with you” — in tribute to the line: “May the force be with you.” Duncan pledged in his vows “I promise to protect you from the Dark Side, through hyperspace and into the far reaches of the galaxy.”
(More images after the jump) 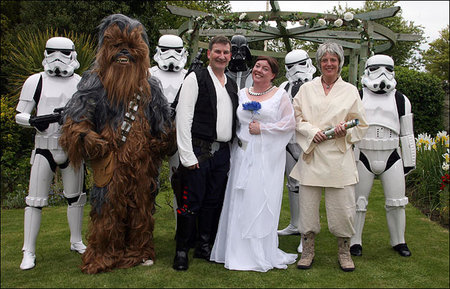