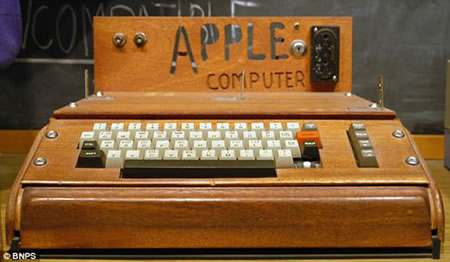 How much would you pay for a computer with three capacitors, 8 KB of RAM, a printed circuit board with 4 rows A-D, and an Apple-1 motherboard. A couple of bucks? What if that computer was one of the few built and sold by Steve Jobs and Steve Wozniak themselves way back in 1976. It is estimated that only 200 were built and sold by Apple before they moved to Apple II. Christies is auctioning one of these pieces of history and expects rich Apple fanboys to grab it between $159,800 and $239,700.
[More images after the jump] 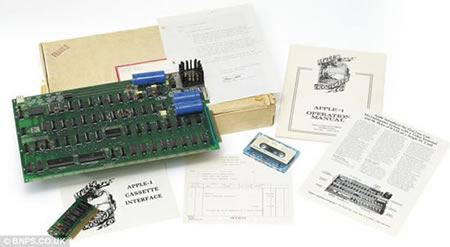