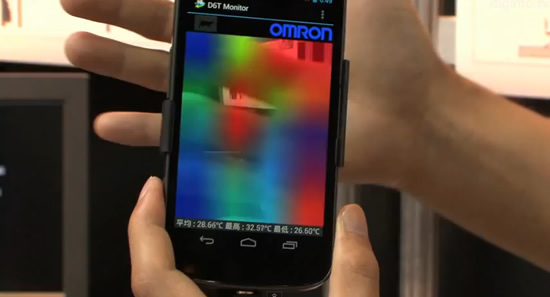 Yes, we’ve all mistakenly sipped on scalding hot mugs of coffee or nibbled fiery chunks of food before, unknowingly and involuntarily. In an effort to keep such eye-watering events at bay, Omron has now come up with a revolutionary accessory for smartphones, a thermal area sensor device using MEMS technology. Using an application called ‘Too hot to eat’; this sensor is capable of judging the temperature of food, human bodies and a bunch of other things you’d probably require to check the temperature of. Also, unlike pyroelectric human presence sensors that only detect moving human presence, the thermal area sensor picks up stationary objects as well and can pretty much be used to build better security systems up ahead.