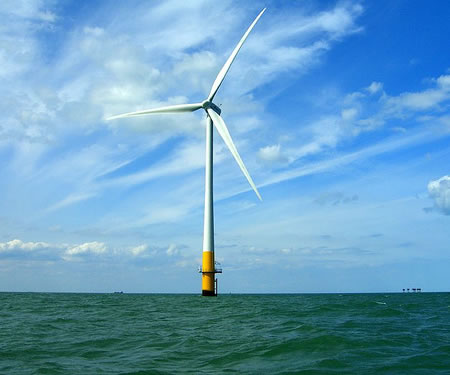 Offshore Wind Power Farm to be built at Delaware

Bluewater Wind, an offshore wind power company has won the contract to build America’s first offshore wind turbine park off the coast of Delaware. Using electricity generated by the wind, “Delmarva Power will be able to light about 50,000 homes a year, every year” for the duration of the 25-year contract, with first power expected by 2012. The project may help stabilize consumer energy costs, since the contract locks in the price Delmarva will pay per kilowatt-hour. Each turbine sits on a pole about 250 feet above the waterline. The units will be constructed in such a way that it will withstand hurricane-force winds. Each blade on the three-blade rotor is to be 150 feet long.

Bluewater estimates the project’s cost at $1.6 billion. The offshore site is expected to be operational within four years, but the timing depends on how quickly regulatory agencies can review and approve the construction project.
Via – Greenlaunches