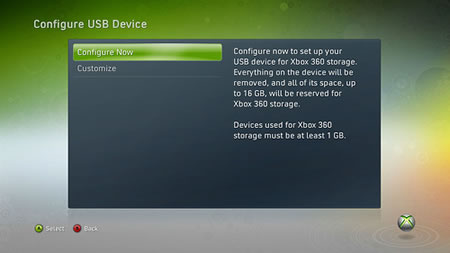 We really have some relieving news that can well put to rest all our space crunch problems. We have a confirmed report that Xbox flash drives will officially be available in both 8 GB and 16 GB variants. You can store files, games and a lot more on these drives just like regular flash drives. What’s more is that these we have a price and a date for the same after the jump.

The 8GB flash drive will cost you $40. That’s a pretty high price to pay. All the madness will commence from April 6th onwards.
[Ohgizmo]