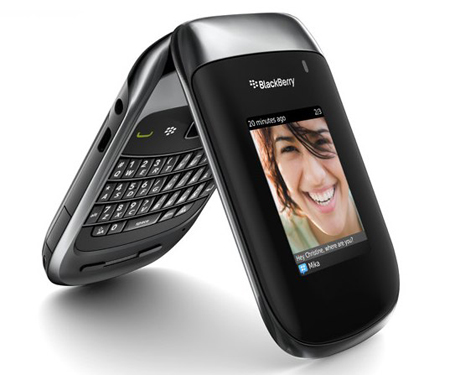 Would there be a better time for the BlackBerry Style to make it through? Just when we were going dry on BB updates we managed to get hold of this bit of niceness that announced that the next best thing from RIM is due by the end of this month. It packs a 5-megapixel camera, in-built GPS, microSDHC memory expansion slot, 32GB storage space and a cool clamshell device with high resolution displays on both, the dorsal and ventral portion of the upper flap. It will sport the much-sought-after BlackBerry OS6.

The pre-orders for the BlackBerry will start tomorrow but the phone will launch on October 31st. That’s just our earlier prediction. It will cost you $99 on Sprint.
Engadget