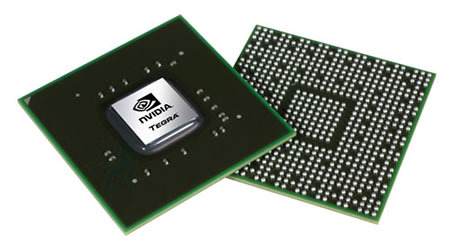 Soon after launching the NVIDIA’s dual-core Tegra 2 chip at CES2011, NVIDIA’s next big announcement is already set to be made at the Mobile World Congress in Barcelona, next month — with the NVIDIA’s quad-core Tegra 3 unveiling. Details are scarce and the NVIDIA’s Tegra 3 chip is not expected to make its way to production devices in the immediate future, but NVIDIA’s Tegra GM, Mike Rayfield says it won’t be long. “[The Tegra 3] will be in production around the same time as my competitors’ first dual-cores will.”

The Tegra 3, with its quad-core platform will make the quad-core smartphones and tablets, faster than anything ever, when hits the streets.
[Boy Genius Report]