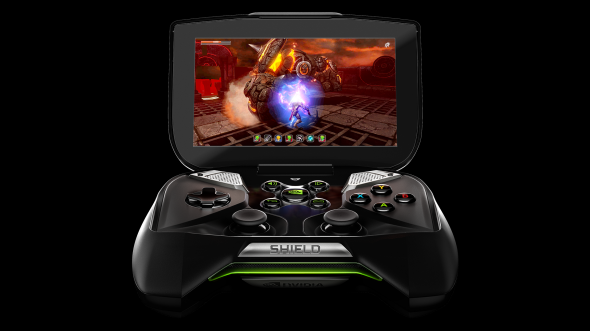 It’s hot and happening in the Nvidia kitchens as the amazing new Shield portable consoles are being dished out, warm and toasty, on serving bowls. Gamers are looking forward to this new open gaming platform from their trusted GPU manufacturer. It will arrive with console-class controls and a 5-inch display screen. The company has run several rounds, testing the device in the hands of professional and casual gamers alike and is warm and friendly about the approach for its release. It pretty much fits the bill of for the gamers, by the gamers. The company has used this insightful information gathered from user experiences to build a console that is fun to play on and easy to maneuver. Playing Android games, PC games and enjoying apps and media will be nothing short of a snap!


Shield will be available by June 27th, at a new reduced price of just $299. That’s one thing to make it a big hit among gamers. What’s more is that the console has received notable accolades from CES, E3 and Computex, way before its launch.