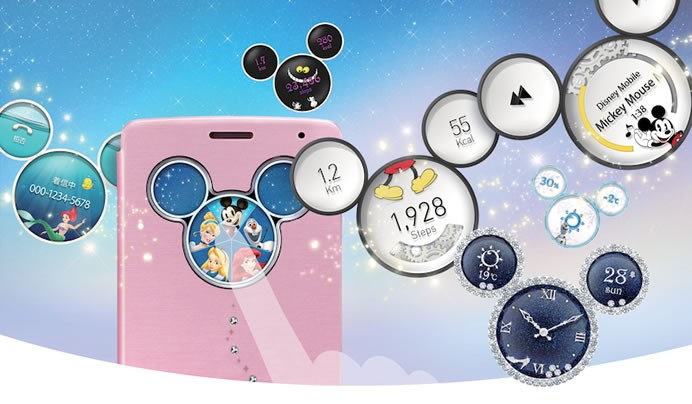 An Android phone that is themed around a few Disney legends is the likely proof we needed to establish that kids today have complete access to mobile phones. The DM-01G brings the Cinderella theme out quite strongly. It arrives in Pure White, Powder Blue and even Pretty Pink, hinting strongly at a TG that comprises of young adolescent girls. A cool Mickey window on the flip cover that does well to keep the authenticity of Disney alive and beating in the design. From the looks of it the Mickey window can be an instrumental visual for notifications updates as well as the camera. You can look down on the pretty little device and see “Cinderella,” “Mickey Mouse,” “Anna and The Snow Queen,” “The Little Mermaid,” and “Alice in Wonderland” all staring up you. 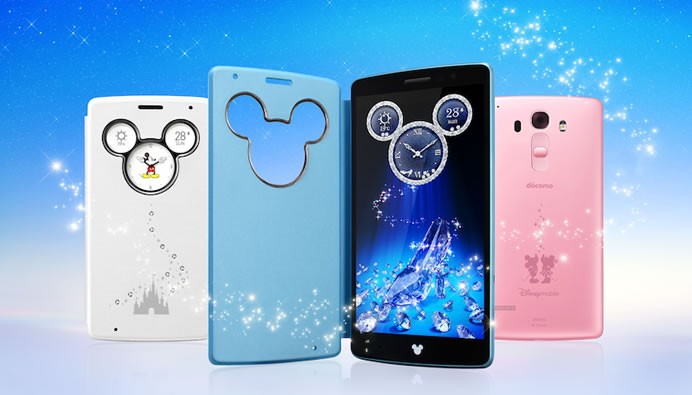 The device is based on the LG G3, which seems to have received considerable updates on the battery capacity and the screen resolution for this avatar. It arrives with Android 5.0, a 5.2-inch IPS LCD full HD display, a 2.5GHz quad-core chipset, 2GB RAM, 16GB storage, 13-megapixel camera at the back, a 2-megapixel camera up front and memory expansion of up to 128GB via a microSDXC card! It is available on contract for 40,000 Yen ($335).
Source: