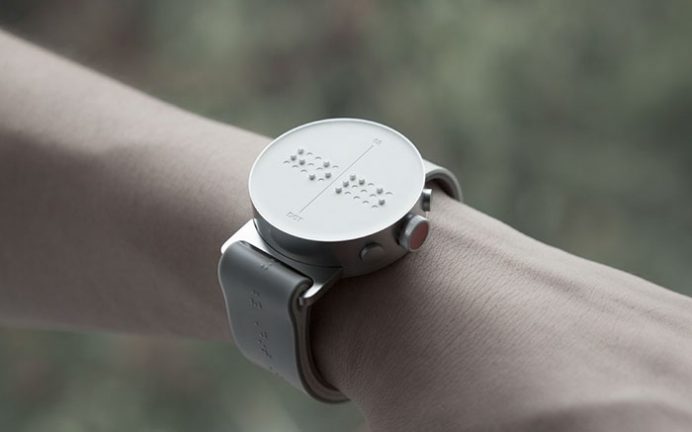 Now, the visually impaired can enjoy Smartwatches too

Although digital devices for the visually impaired have been around for a while, most of them use sound. The resultant problems: Either the user needs to plug in headphones and disengage from surrounding sounds, something crucial for those who cannot see; or their information needs to be made public. Another major issue is that most digital Braille reading devices currently available are costly and bulky, which is not the most convenient proposition for the visually impaired.


Coming the rescue is the Dot, a South Korean developer, that has transformed the lives of millions of visually impaired people across the globe. The company has developed the world’s first Braille smartwatch, a device that’s no less swanky and feature-rich than any of its new age contemporaries.
The Dot displays information by leveraging four active dynamic Braille cells, and also lets users choose the speed at which the character update happens. Akin to other smartwatches, the Dot can receive messages from any app or service via Bluetooth connectivity to a smartphone. Additionally, users can send regular messages using the buttons on the side. The icing on the cake is that the Dot also supports Open API, i.e. anyone can adapt/develop apps for it. 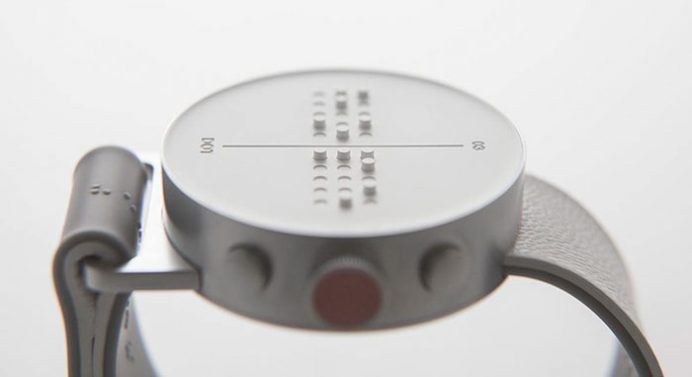 This wonder Braille smartwatch has been in development since the last three years, and now, the company finally plans to start delivering the devices to approximately 1,40,000 privileged backers – Stevie Wonder is a part of this list, rumours say. Starting March 2017, the company plans on shipping 1,00,000 watches through the year, and the remaining 40,000 in 2018. Also, 1,000 units will be retailed in London for USD 320. 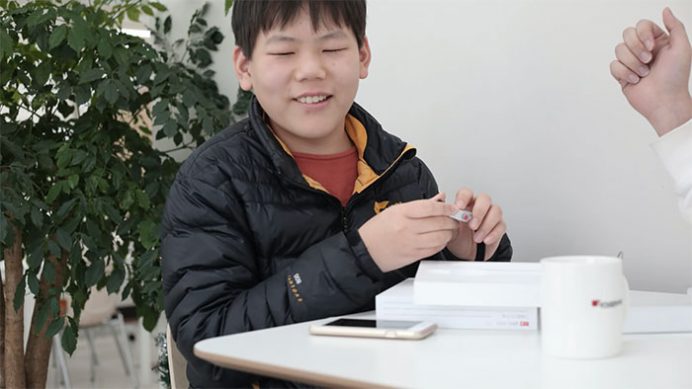