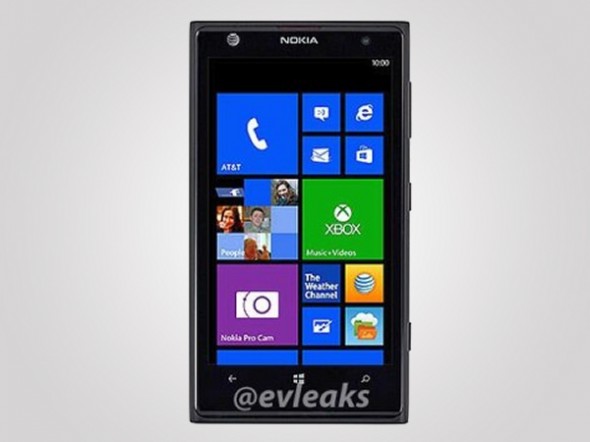 The latest buzz around Nokia’s Lumia series of Windows Mobile operated smartphones has been pointing to their upcoming flagship model, the Lumia 1020 aka the Nokia EOS. An all new press image was leaked recently flaunting AT&Ts brand. This isn’t the first time the handset has made an appearance. Set to be the next Pureview camera, first for the Lumia series, consumers have got to be thrilled with the upcoming launch. Touting a 41MP camera, the Lumia 1020 could set a new standard in mobile phone photography much like the Pureview 808 did. Of course their choice of OS at the time was poorly thought out, this time however, the Finns seem to be taking no chances.


An interesting facet showcased in the latest image is a camera tile sporting a Nokia Pro Cam app. Although Nokia has been quite silent about this particular feature, there’s no doubt they’ve got something cool to show off come launch time. The Lumia 1020 is scheduled to be officially unveiled on July 11th, a few days from now, in New York City. It could be quite exciting to see just how much better the new lens technology would get and just what this Pro Cam function would do for it.