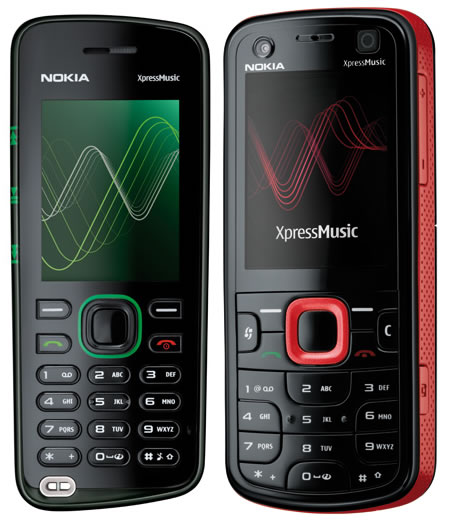 Nokia is gearing up to woo your senses with two new phones in the XpressMusic range. The 5320 XpressMusic and 5220 XpressMusic fall into the “affordable” bracket and promise to entertain you to the hilt. Specs on the Nokia 5320 XpressMusic include dynamic design with 3G social entertainment capabilities, exceptional music and web 2.0 access, innovative new voice-controlled Say and Play feature, dedicated XpressMusic keys, a 3.5mm audio jack, up to 24 hours of playback time, an audio chip for hi-fi sound quality, extendable memory up to 8GB, HS-USB for fast music transfer and HSDPA for fast access to data. Features also include full-featured Internet browser, access to Ovi and Nokia Search 4.1. The phone is expected to begin shipping in the third quarter of 2008 for around 220 EUR ($350).

The Nokia 5220 XpressMusic is Edgy and features a unique design. Specs on this one include instant access to music on the go with a unique, asymmetrical design. It also features up to 24 hours playback time, dedicated XpressMusic keys and a 3.5mm audio jack. A built-in lanyard adds portability to the design. The phone is expected to begin shipping in the third quarter of 2008 for about 160 EUR ($255) 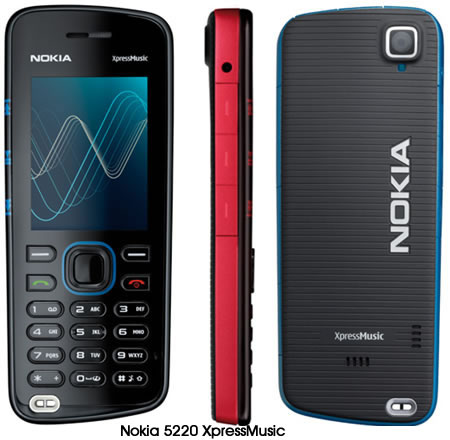 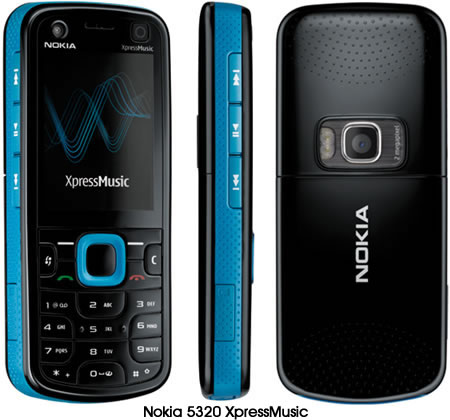