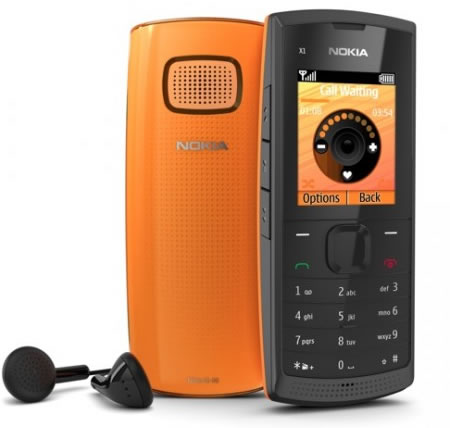 Nokia to unveil X1-00 for developing markets in April

We were getting a bit worried about them – but they haven’t been snoozing apparently. Nokia is set to launch its new, entry level phones that it hopes to attract loyalty from the ‘growing markets’ or developing nations. The X1-00 will be orange and will feature a massive speaker, a 3.5mm audio jack to plug into the speaker, a flashlight, a battery life of 61 days, five phone books, three dedicated player keys and single-key playlist creator, supports MicroSD memory cards for storage up to 16GB, FM and Series 30 operating system. The phone will cost $48 will be available from April.
[Slashgear]