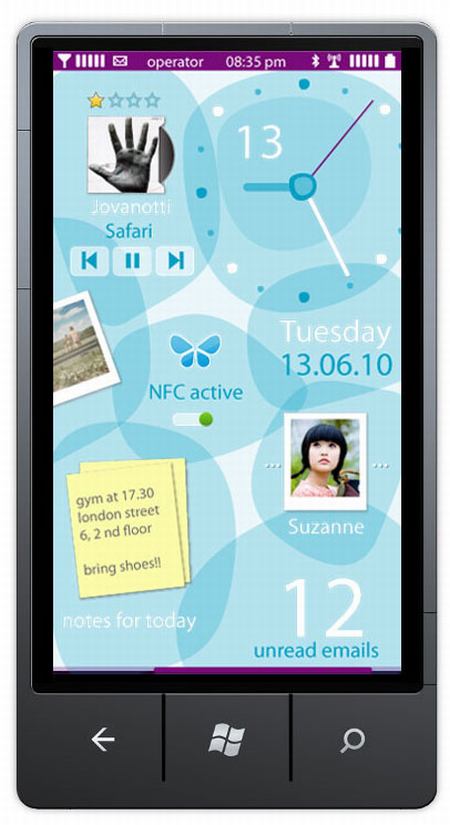 Nokia, as a part of their deal with Microsoft, was granted limited permissions to creatively tweak the Windows Phone UI. As of now we haven’t seen any such changes but that definitely doesn’t rule out possibilities in the future. PocketNow has unearthed some media pictures which were apparently hashed out by Nokia R&D’s senior graphic designer. As most would agree, the design here makes it look like those typical feature phone material which probably made a big bang six or seven years back. Nokia however claims that these are designer’s own personal design explorations and has got nothing to do with their projects. Let us hope that this remains true.