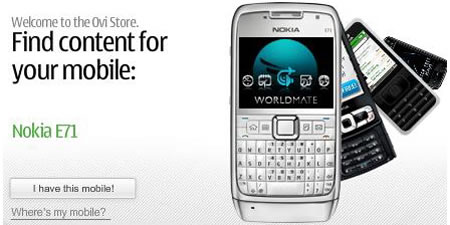 Nokia’s Ovi store is now officially launched worldwide. This service is now available in more than 50 phone models to an estimated 50 million Nokia device owners. The Ovi Store is basically an app store which allows Nokia owners to search, find and download mobile applications, games, productivity tools and videos. You can access Ovi Store on its official website from your phone as well as from your desktop browser. This new service is currently available in 5 languages: English, Spanish, Italian, German and Russian. In the US AT&T will be the first carrier to offer Ovi Store to its customers which will be sometime later this year. Now we know the secret behind the carrier’s readiness to launch at least four new Nokia phones.
[Unwiredview]