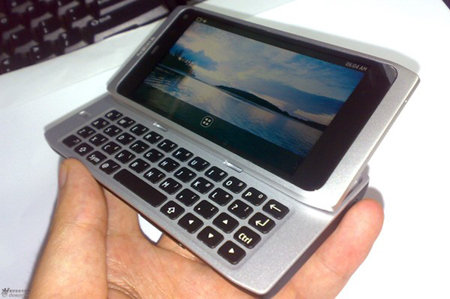 Nokia N9 news back with promises of MeeGo, Intel Atom

The Nokia N9 is having a whole revamp news leak going around that tells us a rather different story from the July 2010 leak. It seems that the fading Symbian effect (that I still am recuperating from) will lead the phone have MeeGo. It will also sport a slider form like some of the other N-Series successes that the Finnish company has spun out. Additionally, it will also have the fineness of Maemo 6 and Moblin with Intel’s 1.2GHz Atom processor.

February seems to be a good release time for the phone that has already suffered its share of delays. MWC is the answer!
UnwireView