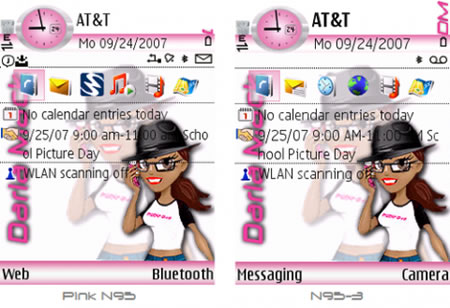 Apparently the Nokia N95-3 (the US 3G version of the company’s smartphone), has a better battery life than expected. Darla Mack happened to review her phone, which came with a Nokia BL-6F battery pack. “With 3G turned off and a SIM in each handset, Darla used both her old N95 and new N95-3 for a day; the former expired around about 9pm, which fits in well with “a charge a day” reports from other owners, while at that point the N95-3 still showed full bars on the battery meter and continued to do so until she put the handset down at well past midnight.”

Those stuck with the first-gen phone can only pray that Nokia will come out with an adapted version of the new battery pack when it releases the third-gen phone sometime this week, at Nokia’s flagship stores.
Source, Via Darla Mack