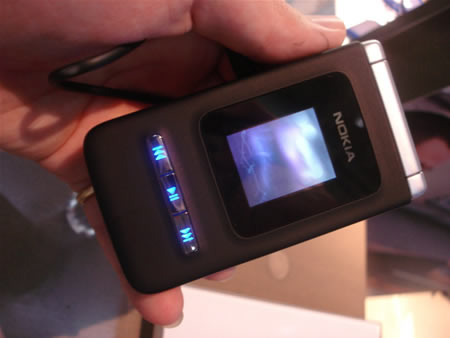 Nokia has finally decided to jump in the slim phone bandwagon with the N75, though it is not officially announcement the images dont deny its existence. The 3G Clamshell will include a 2 Megapixel camera, QVGA (240×320 pixel) screen and Media player. The N75 is a music oriented phone and has dedicated music keys on the front flip the small screen displays the track information and status of the phone so you can access music without opening the phone. Not much is known about the phone for now.
(One more image after the jump)
Update – Nokia N75 is official too 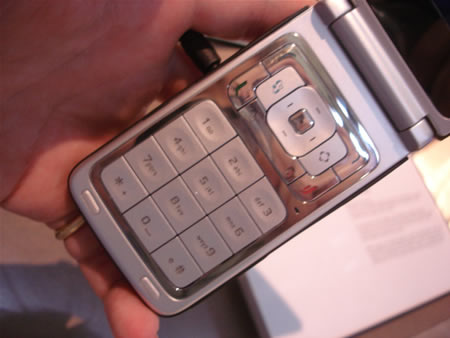