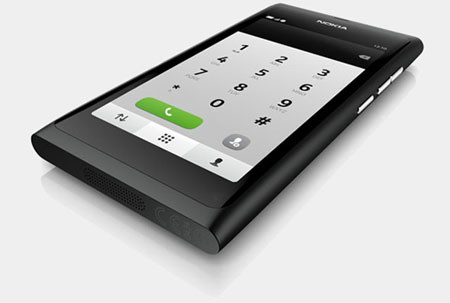 What’s this we’re picking up? It seems that Nokia would like to take the MeeGo platform to the next level with a phone that will make itself known (hopefully) sometime soon. This is just a report as of now and doesn’t seem to have any concreteness in its roots but we have a hunch that the N9 will not mean Nokia’s hiatus from the MeeGo range. There’s also open-endedness when it comes to speculating if this device would be a tablet or a phone.

There is also a contrasting claim by the Finnish company that they would be loyal to the Windows Phone platform. Hence we’re totally torn into shreds when it comes to picking even a wild guess out here.
MobileWhack