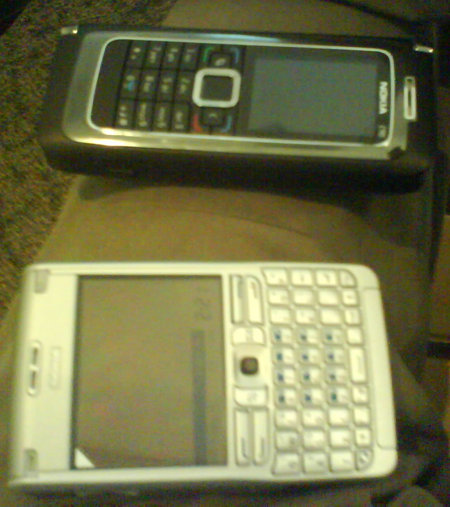 Mobile phone lovers rejoice as we have got the first pics of upcoming Nokie E90 Communicator. As seen in the pics the E90 has a dual hinge which allows it to open like a 9500 or fold-up flat like the 9300. Though the phone is not officialy announced by Nokia its specs are already out, the E90 will sport the usual EDGE, Wi-Fi and HSDPA. A suprising addition is the 3.2 Megapixel camera as many companies have strict policies against employees carrying camera phones. The E90 will be running on the Series 60 3rd edition operating system. It also has a secondary VGA camera for video conferencing. The external screen has 240 x 320 pixel resolution, but the shocker is the internal screen with a resolution of 800×352 pixels. No info is available on the Processor speed, Internal memory but what we do know is that the E90 supports Micro SD cards.
(More pics after the jump)

The Nokia E90 Communicator will be officially announced next week at the 3GSM Congress at Barcelona. 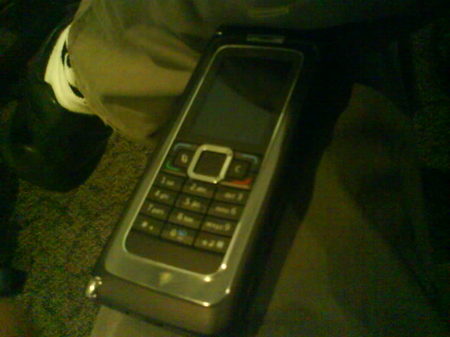