Nokia today announced a brand new family of smartphones, the Nokia X family at MWC 2014. The new range of handsets combines Nokia design, build quality and services with the ability to run Android apps. The X family boasts Nokia’s exciting, high quality hardware design and a range of bright colours. The brand new, tile-based Home screen offers you a simple, elegant way to manage apps and phone functions and also reintroduces a redesigned version of the enormously popular Fastlane notifications centre – a second Home screen if you like – from the latest Asha devices. 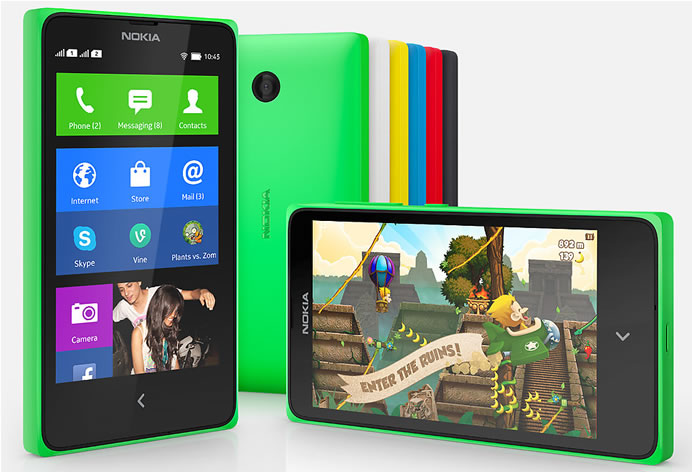 The first three phones in the family – the Nokia X, X+ and XL are powered by a Qualcomm Snapdragon Dual Core processor and are Dual SIM. A range of third-party apps comes preinstalled, including BBM, Plants vs. Zombies 2, Viber, Vine and Twitter. The entry level Nokia X comes with a 4-inch IPS LCD screen, 512MB RAM and a 3-megapixel camera. The Nokia X will be available in green, black, white, yellow, cyan and red. The Nokia X+ with a 4-inch IPS LCD screen comes with 768MB RAM and a 4GB MicroSD card is included in the box. It comes in the same colours as the Nokia X. 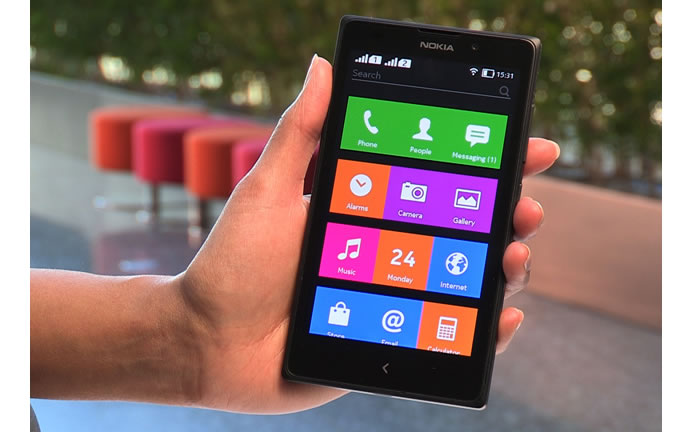 Nokia XL with its 5-inch screen also boasts 768MB RAM, the free MicroSD card and it has both a 2-megapixel front-facing camera for Skype calls, as well as a 5-megapixel rear camera with autofocus and flash. The same colours are available as for the Nokia X and X+, except bright orange replaces the red with this model. With these new devices, Nokia is underscoring its leadership in affordable mobile phones, bridging the gap between its Asha and Lumia families, creating a seamless upgrade path from the lowest to the highest models in its range and introducing millions of new people to Microsoft and Nokia services. 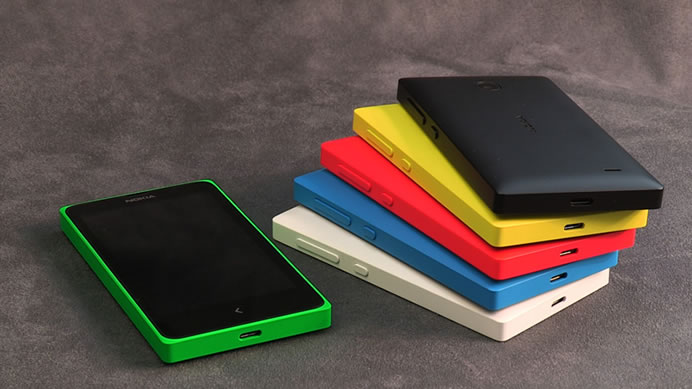 The Nokia X, X+ and XL are priced between the existing Asha and Lumia lines, at €89, €99 and €109 respectively, to appeal to new smartphone users looking for popular apps and their first cloud services. The Nokia X will be available to buy immediately in Asia Pacific, Europe, india, Latin America, the Middle-East and Africa. The Nokia X+ and XL are expected to be available from Q2 2014. The prices quoted do not include any local taxes or operator subsidies.