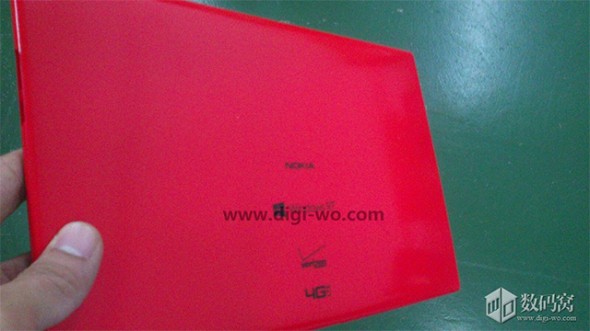 We have been hearing rumors of a Nokia tablet for quite some time now. Early this month, The Verge leaked a picture of a purported Nokia tablet running on Windows RT. The picture was pretty much all we had as there was no information on the specs. More details have emerged since then, the tablet codenamed Sirius is rumored to be launched on 26th September in a New York event. The image of the prototype looks like a supersized Lumia device with similar colored polycarbonate outer shell.


The Nokia Sirius is said to be even thinner and lighter than Apple iPad and will be priced somewhat similar to it. The specs that have leaked as of now suggest the Nokia slate will have a 10.1 inch HD display with a resolution of 1080×1920 pixels. The display will also have brightness boost for visibility under direct sunlight. It’ll also feature a Qualcomm Snapdragon 800 quad-core chipset with 2 GB of RAM, 6 MP camera at the rear and 2 MP camera at the front, LTE connectivity and 10 hours of battery support. The unknown source claims the slate is extremely light and weighs under a pound.