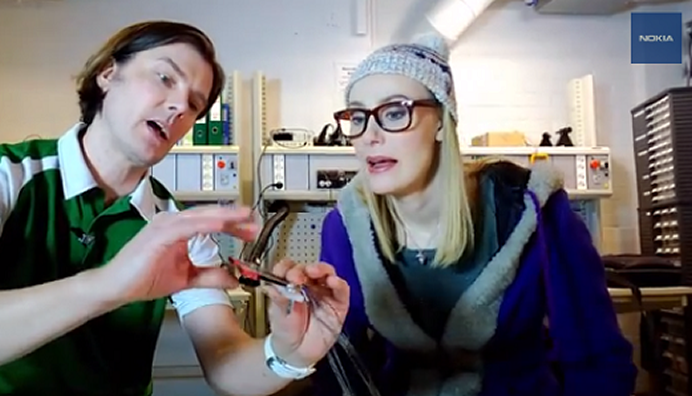 We love the fact that Nokia has recently had the world singing with its completely jaw-dropping releases and plans, including that of an Android smartphone and a Siri-like digital assistant. The Finnish phone manufacturer has now made a solemn oath to have the world dancing too! This video, shot with a Nokia Lumia 1020, shows off the company’s recent work with miniature kinetic charging systems that could soon power up the smartphones of the future. The video goes to show how a woman manages to juice up her smartphone simply by tapping her feet around town and attracting nervous glances and amused looks.


The video proves the Finnish manufacturer’s efforts to go green and give the world of technology alternate methods to power up devices like smartphones. While not a lot of us have expected dancing to be a practical and seemingly reliable way to charge a phone, the idea doesn’t seem all that out-worldly after all! A system like this could work great with those who move about a lot, particularly fitness-obsessed gym rats, folks who spend enormous amounts of time dancing away in clubs, street-corners and dance schools and the like. We love the idea of a charging system that juices up smartphones every time you dance, do you?