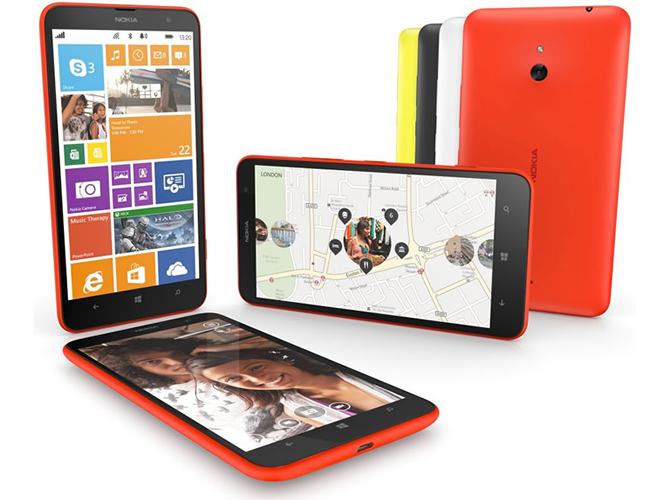 Just as the rumors suggested, Nokia has unveiled two 6-inch phablets along with the new Windows Phone 8.1. Alongside the new flagship Lumia 1520 which boasts more high-end specs and was heavily leaked before the official announcement, Nokia announced a more budget phablet in the form of Lumia 1320 at the Nokia World 2103. The new Lumia 1320 comes with a 6-inch 720p IPS ClearBlack display and is powered by a rather modest 1.7GHz dual-core Krait processor. With rounded edges, unlike the sharp-edged shape of the Lumia 1520, the Lumia 1320 expectedly arrives in a polycarbonate shell and will be available in orange, yellow, white and black flavors.


The budget phablet is LTE enabled but disappointingly comes with a 5 MP rear camera with flash. It packs 1GB of RAM, 8GB internal memory which is expandable via a MicroSD slot and a big 3,400mAh battery. It will run on the latest Windows Phone 8 GDR 3 OS and offers the Nokia Black (previously known as Bittersweet Shimmer) software. The new Lumia 1320 will first make its way to China and Vietnam, but other with Asian and European markets following shortly after. It is expected to retail for a price of $339 before taxes and duties.