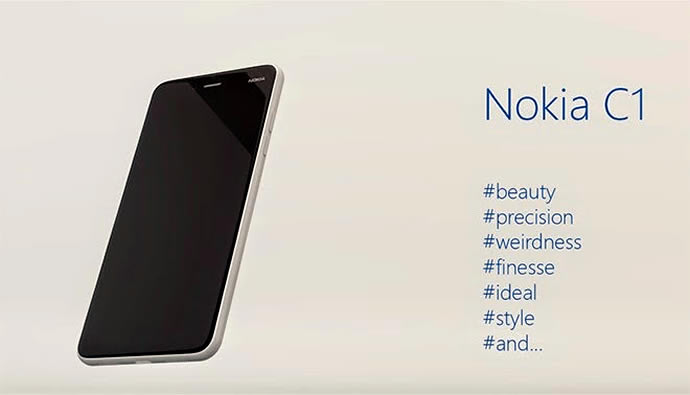 Nokia C1 turns out to be nothing more than a concept

The wave of excitement created by the introduction of the Nokia C1 phone as the company’s first Android phone post the Microsoft merger seems to have been in vain. The Nokia C1 has been declared to be nothing more than a concept device. It followed the footsteps of the illustrious Nokia N1 tablet and teased with a 5-inch display, 32GB storage, an 8-megapixel shooter and a 5-megapixel front-facing camera. It would see the desirable blend of Nokia’s Z Launcher and Android 5.0 Lollipop. Foxconn was said to be the maker of the device since Nokia are not sanctioned to manufacture phones until 2016, thanks to the Microsoft contract.

Now that we have confirmed that the news of the Nokia C1 is a dud (read: concept), we can certainly be hopeful of an actual phone from Nokia rolling it out. The question is when? We reckon 2016 would be quite an ideal time for a purist Nokia launch.