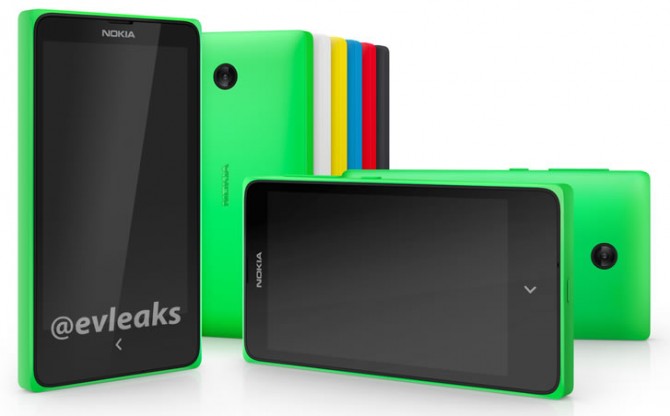 Rumors of an Android smartphone by Nokia are rife and we have got another glance at the alleged Nokia handset. This time it has come in the form of a leaked press shot which has been published by EvLeaks. Initially it was believed that after Microsoft acquired Nokia, the Android smartphone project was scrapped but constant leaks are pointing to a different direction. The handset codenamed ‘Normandy’, as per the renders leaked by EVLeaks, looks similar to the brand’s Lumia series and is sized similar to Lumia 620. Considering the track record of EVLeaks, we believe that the actual handset if launched would look similar to the leaked images.

As of now, there is no information on the specifications or its release date. As per speculations, it might come with basic specifications and sport a rather unimpressive 5mp camera. With a polycarbonate body, the Normandy will come in different candy colors similar to the Lumia devices. Windows OS is one of the key reasons why Nokia handsets aren’t selling well. The addition of Android might change the fortunes but with Microsoft in the picture, the project might never even fructify.