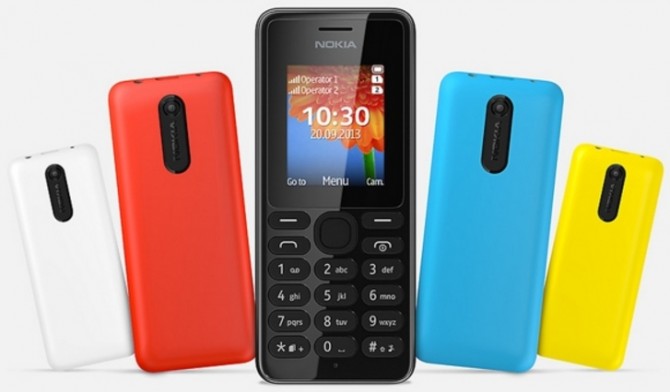 Nokia 108 runs for a month on a single charge, costs lesser than most mobile accessories

Nokia know how to pull off a budget phone, without compromising on their brand name or some basic features that a cellphone user would expect. Take their 108 and 108 Dual SIM variants for instance. It comes without the prestigious ‘basics’ that some would expect, such as 3G, but surely does not miss out on frills such as a camera and an unbeatable battery life. In fact, the company claims that the phone could run for 31 days on a single full charge. Of course, you can only expect a basic VGA camera, whose captured images could be enjoyed on a 1.8-inch color display (when’s the last time we used the world ‘color’ in regard to display?) along with Bluetooth, FM radio, MP3 playback and a microSD expansion slot for cards up to 32GB in capacity. The Dual SIM variant doesn’t do as well on the battery front and lasts for only 25 days, as if that was saying any less.


Both the Nokia 108 and the 108 Dual SIM will be available in white, black, cyan, yellow and red. They will be available by the end of this year and will reach third world nations (in all probability) at an astonishing low price of $29.