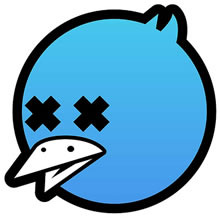 Robert Gibbs, press secretary for the White House announced on Friday that White House staffers have been blocked from using Twitter at work. Gibbs said he doesn’t use the popular social networking site himself because the world already knows enough about what he is doing. The President however tweets on two accounts @WhiteHouse and @BarackObama.
[UPI]