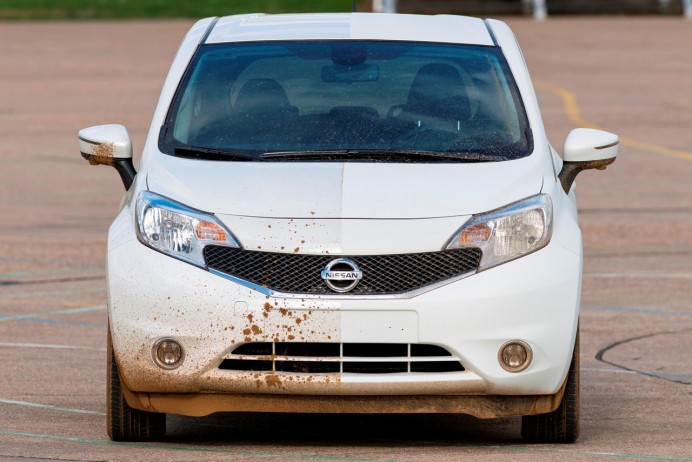 Do you hate taking your car to the car wash or find washing it yourself incredibly boring? Fret not my friend! Soon there will be cars that will be able to clean themselves. No, a droid won’t pop out of the trunk to clean the car but the paint it-self will be self-cleaning. Nissan is testing a nano-paint coating that could make the car wash an entirely unnecessary place to visit. The idea behind the whole technology is very simple; dirt and grit won’t stick to the body paint making the car stay clean all the time. Nissan showed a prototype on a European Note hatchback which had a special layer of super-hydrophobic and oleophobic material called Ultra-Ever Dry sprayed over the paint. This special material creates a sort of protective layer between the exterior of the car and environment. When dirt or water falls on the body, it simply slips away.


According to Nissan, the coating is still under testing and will take time to make it commercially available. As of now the company is testing if the protective layer can actually last for the long term, and stay put and works efficiently in different conditions. The automaker has no plans to offer Ultra-Ever Dry as a standard feature at the moment, but it may make it available as an aftermarket addition in the future. Check out the stuff in action in the video uploaded by Nisan. 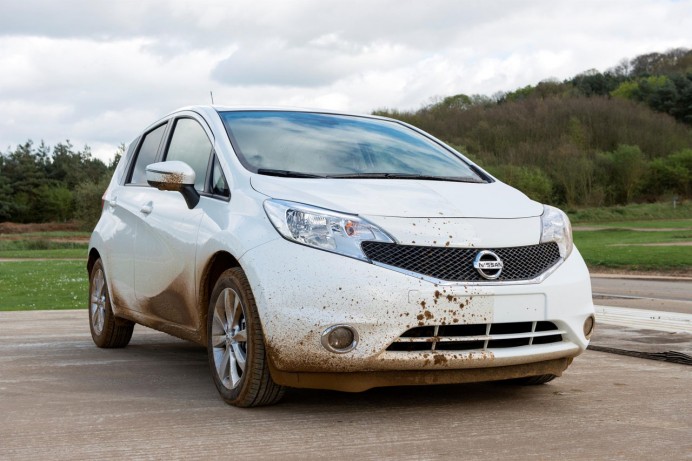 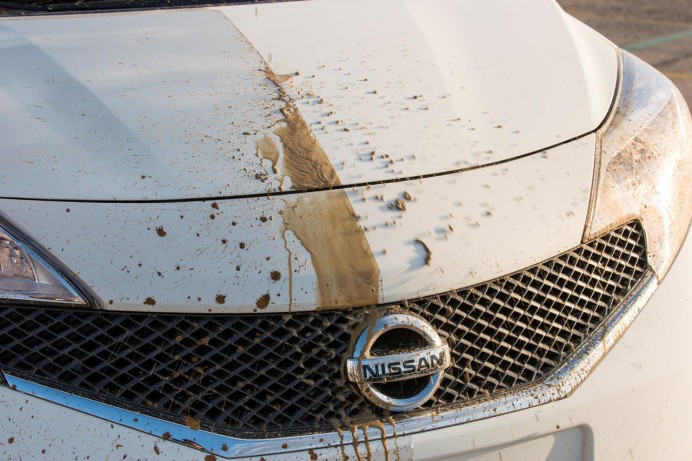 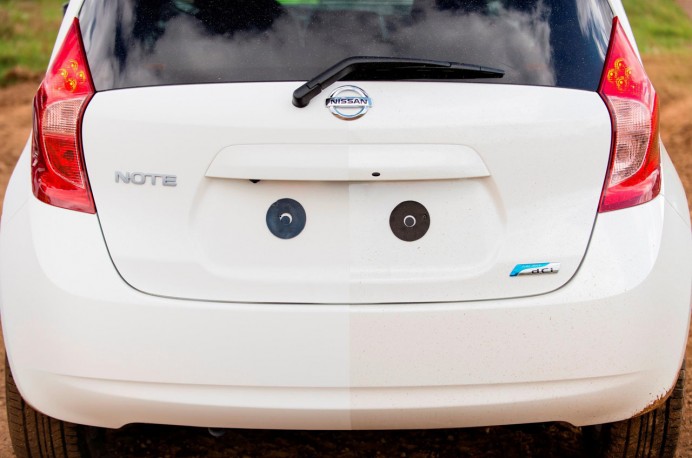 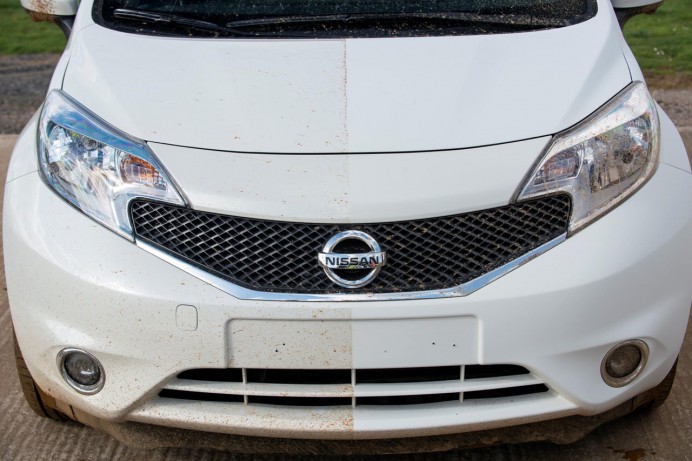