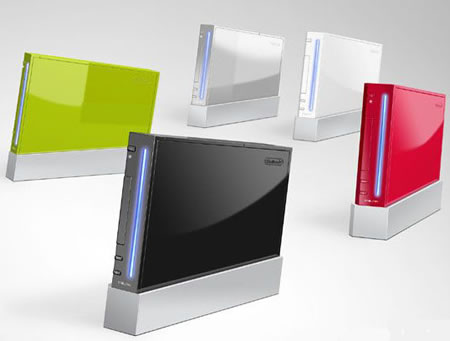 Based on official Nintendo documentation acquired by IGN Nintendo’s next gen console will be powered by IBM’s “Broadway” CPU at 729MHz and include 88MB of RAM (24MBs of “main” 1T-SRAM, 64MB of “external” 1T-SRAM and 3MB texture buffer). Graphics will be powered by “Hollywood” GPU developed by ATI which runs at 243 Mhz. “The ‘Hollywood’ is a large-scale integrated chip that includes the GPU, DSP, I/O bridge and 3MBs of texture memory,” a studio source told IGN. Compare these specs with the Xbox 360 and Playstation 3 and the Revolution is way underpowered. But Nintendo is aiming to beat the biggies in the price wars and not hardware.

Whether or not Revolution is, in fact, a vehicle for the new freestyle controller or not, systems specs rarely tell the whole story. We would remind readers that during an era when polygon numbers meant everything, GameCube’s polygon peaks were lower than PlayStation 2 and Xbox. However, few would disagree with the assertion that Resident Evil 4 – a title developed from the ground-up for Nintendo’s system — was one of the prettiest games of the generation.
Via IGN and Kotaku