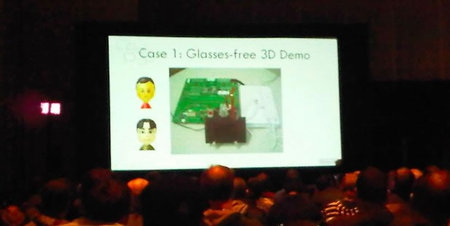 So after its 3D capable handheld protable gaming device, Nintendo is now has its frenzy on incorporating glasses-free 3D technology in the gaming consoles. Nintendo Producer Hideki Konno showed a demo of how Wii Nunchuck can be used to control the the 3D depth effect in a special version of Mario Kart Wii. The demo was staged at the GDC 2011 event which is currently going in San Francisco. No word on how soon gamers will be able to lay their hands on this one but given pace at which 3D gadgets are mushrooming, they better make this one hit the production mills soon.
[CrunchGear]