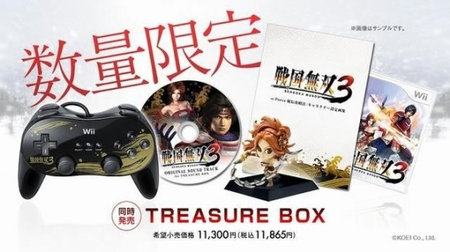 Nintendo announces a list of products including colorful Wiimotes

The gaming world is never going to rest. It has to constantly be on its toes to provide the best effects and pleasures of gaming. Nintendo hence has announced its latest range of new products including Pokepark Wii: Pikachu’s Big Adventure to be released in Japan on December 5. This includes some fun games where the Pokemans are performing in events at a theme park. Aside from this there are the hardware bundles for Tales of Graces and Samurai Warriors 3. The former will be out on December 10, and includes a white Wii, Classic Controller Pro. This game costs $312.88. Samurai Warriors 3 will include a black Wii, Classic Controller Pro, and post card set. It will cost $307.2. More offers also avail. The company has also introduced new blue and pink Wiimotes which will be released on December 3 to welcome the release of New Super Mario Bros. Wii – The Legend of Zelda: Spirit Tracks.
[Joystiq]