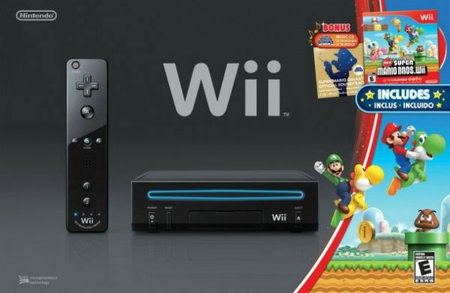 North American buyers of the new Nintendo Wii will probably get their hands on a new black bundle for the gaming console featuring a smaller system. The new system will lack GameCube support however and will lie on its side. Packing a Wii Remote plus in black color along with a copy of the Super Mario Bros. Wii game, the North American version will also sport an additional Super Mario Galaxy soundtrack CD! This cannot be purchased anywhere else, and if you’re looking for one of these CDs or the North American bundle as a whole, you might just need to figure out a way to ship one home if you live in Asia or Europe that is. Costing $149.99 a pop, Nintendo America will also continue selling the standard Wii bundle in black and white too.