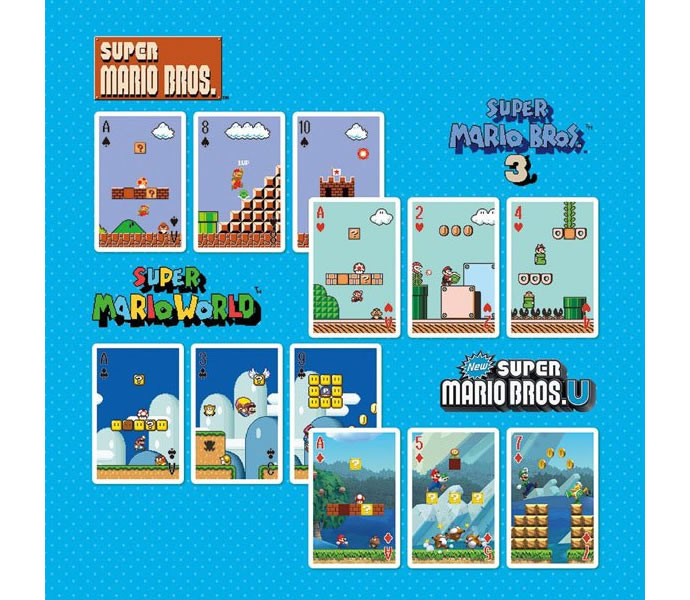 The day Mario’s popularity starts to wane the gaming industry will be in decline. It’s not just the old school gamers that are still ardent fans of the little plumber, Mario has also found a healthy following with new generations as well. He’s all over the place and on his home-turf he’s more than just a legend as his likeness finds its ways into all kinds of places and onto all kinds of merchandise including playing cards.

Mario’s big bad game-master, Nintendo, has launched a series of themed card packs that feature the characters likeness along with actual screen-grabs from his various games. The Mario Trump NAP-04 (game stage) set has him in old-school style with stages from the original game adorning the face of each card with its denomination. The other sets include images and gameplay scenes from Super Mario Bros. 3, Super Mario World and New Super Mario Bros.

A total of six packs are available in different styles and each one will set you back about $8 per set not including taxes. It’ll make a great gift for a fan and one that isn’t too hard on the wallet.