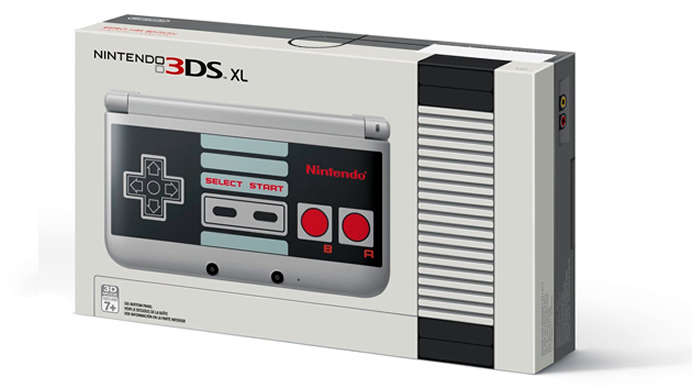 How do you get a bunch of 30-somethings to fall in love with a video game console all over again? The answer’s pretty simple. You play the nostalgia card! And that’s exactly what Nintendo has done with its latest brainchild christened the 3DS XL NES Edition. This gaming device borrows a load from Nintendo’s past to make you stop, look blankly into space and sigh, as you reminisce the glory days of video gaming. The NES Edition is plastered with the classic NES gamepad on top of a gray back and is designed to give users shudders of nostalgia as often as possible.

Previously, the world was presented with a similarly-themed Game Boy Advance SP that was indeed a slightly better visual job. However, the Nintendo 3DS XL NES Edition does promise to do its best at evoking memories of the years gone by when you spent hours playing classics like Metroid. The NES Edition will hit store shelves by October and will come with a price tag of $200. While you blink back tears looking at the work done on the NES Edition, don’t forget to scroll down to the bottom of this page, drop a comment and mention your favorite game!