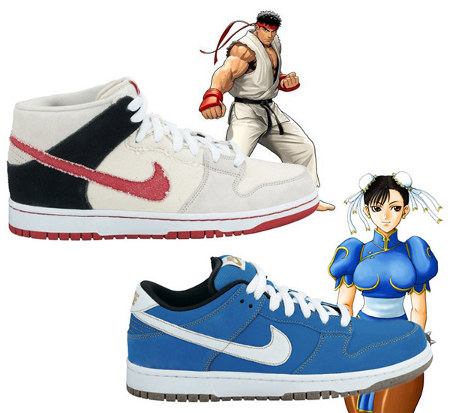 It’s not everyday that we see a Street Fighter inspired product or gizmo. We’re too used to the Super Mario dedications that keep coming in every now and then. So even though these Nike’s aren’t the real deal (like they should’ve been), they’re still a bit impressive for our young guns who still have the will and the vigor to throw a high kick.

Sneakers have never really appealed to the masses unless they’ve got some strange novelty attached to them. Though they probably are the most used shoes in the world, there are very few things that match the sincerity of the Street Fighter resemblance that could win the heart of a buyer.
[Geekologie]