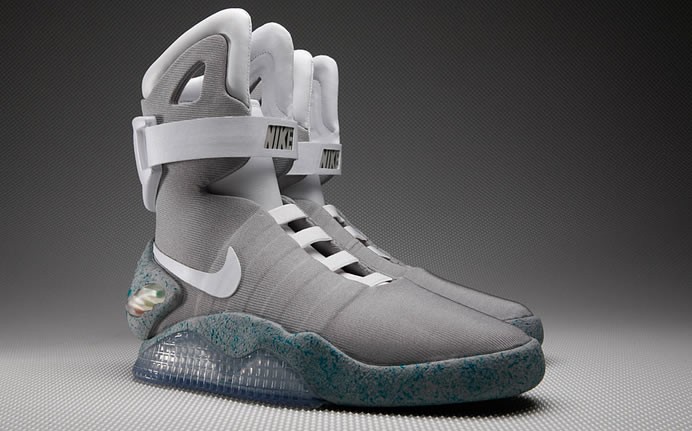 Nearly a year ago we were all excited about these cool futuristic self-tying show laces from Nike. It goes without saying that this had a special appeal for fans of the Back To The Future franchise, but of course, anyone could make do with it. Nike seem to have got the shoe designs just right and it’s similar to the 2011 run of 1500 pairs that were released to raise funds for charity. However, those luminous shoes came without the cool self-tying laces. Tinker Hatfiled, the original designer of the Nike shoes announced that the boots would arrive this year! They will also carry the illumination along.

There is no mention of the exact date, but it does seem to be in the works for now. The geek spirit in us however, does recommend that we could be looking at some time in September. Why? Well, that’s just when Marty McFly arrived!