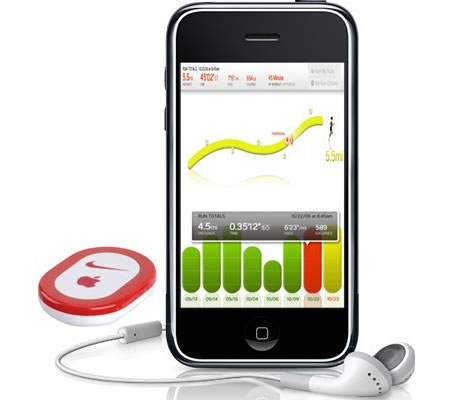 Nike+ system coming to iPhone plus gets WiFi

I know I told you earlier that maybe the Nike system will not be integrated in the new iPhone system but I stand corrected, apparently Stuff.tv has news that the Nike+ system will “definitely” extend beyond the iPod nano to support the relatively bulky iPhone and iPod touch. It will by-pass the RF link between the shoe module and nano adapter and adopt WiFi and ultimately 3G. Of course speculations regarding Apple’s “lifestyle companion” patent have surfaced again. 3G support will allow for real-time coaching and uploads of your training activity through the Nike Plus website.
Source