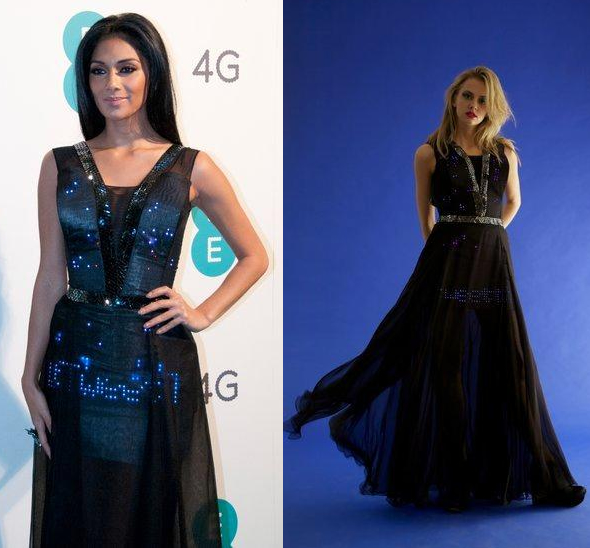 Wearable displays aren’t new. But these simply don’t fail to amuse us! Just recently, former Pussycat Dolls singer Nicole Scherzinger wore a one-of-a-kind “Twitter dress” to a press event. The dress had geeks around the hemisphere drooling and was designed by London-based fashion company CuteCircuit. The dress displays live tweets by Twitter users.


The dress was worn by Scherzinger and sports 2,000 LED lights and 26-feet of silk chiffon. The dress is hooked on to a laptop that transmits the tweets via antennae to a microprocessor. The dress’ fabric then conducts electricity and lights up the LEDs to display live tweets!