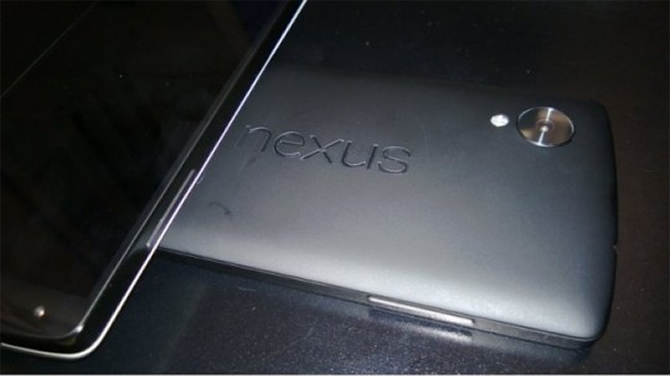 Nexus 5 to take on the iPhone 5S, availability expected by the end of October

The Nexus 5 details have surfaced again! A few reports are stating that sources reveal Google will unveil the handset officially in a couple of weeks, before October runs out. The specific dates have been speculated but nothing’s confirmed just yet although some believe October 14 to be the fateful day, others say it would be a little later. Another speculation is that the handset would even be shipping out to consumers and shelves during the last week of October. There have been leaks showcasing benchmark scores putting the Nexus 5 on par with the iPhone 5S even in terms of specs.


This could be a problem for Apple if Google’s next gen Nexus handset performs just as well and manages to be priced well under the current iPhone’s rate. The estimated price of the Nexus 5 is said to be around $446 which seems like a good deal especially if LG is pushing the envelope with its specifications. Back in September, specifications of the upcoming Google handset were making the rounds, you can check them out here. We could be looking at an LG G2 type device, with a few haves and have nots being available for a more’ reasonable’ price. We’re expecting Kit Kat to be part of the works as well. This could affect LG’s G2 sales but that remains to be seen. For now, we wait with baited breadth and I’m sure more details on the next Nexus device will be making the news all over the tech grapevine well before the actual launch, so stay tuned to this space.