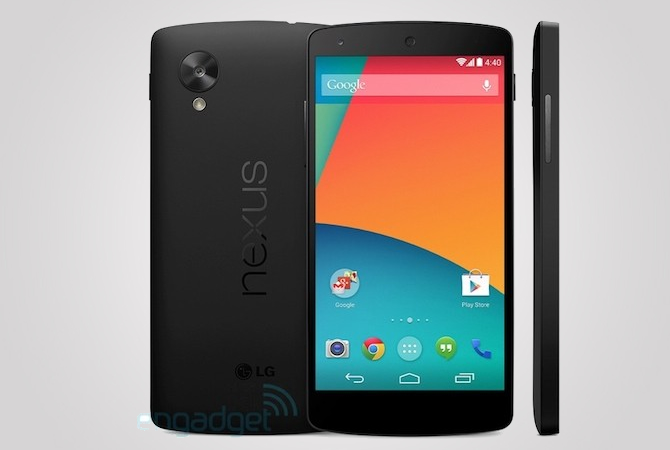 On the Nexus 5 front the latest news coming through the wire is that a listing of the soon-to-be-made-official handset sowed up on the Play Store a little ahead of schedule. Of course there’s nothing new about a listing showing up like that, a little teaser always gets the masses riled up. Although the Nexus 5 listing isn’t there anymore, some swear by it and reported that a 16GB Nexus 5 was listed with a price tag of $349. The Nexus 7 and 10 were also showcased on the same listing page.


There’s been quite a buzz about the forthcoming Nexus device especially since the service manual of the device was mysteriously ‘leaked’ a little while back. To reiterate, some of the features presented in the manual include a 4.95-inch full HD (1080p) display with a pretty thin looking bezel as we’ve seen from the images. Powering the device is a 2.3GHz Snapdragon 800 CPU. The Nexus 5 will be LTE capable and will also be available in a 32GB model. And of course Android will be shipping it with their latest OS update nick-named KitKat. It’s expected on October 28th so it’s a matter of 10 days before we know for sure. Stay tuned to this space for more details.