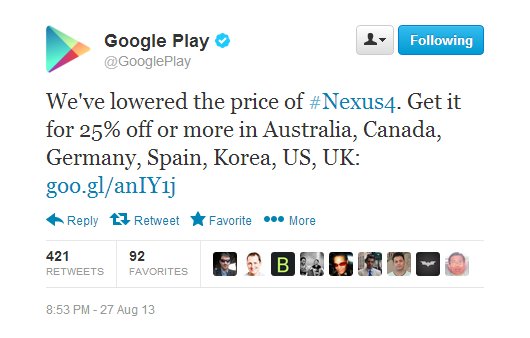 The Nexus 4 was a not so powerful successor to the Galaxy Nexus has got a massive 25% price cut across select markets. With the new prices the Nexus 4 will now sell for $199 and $249 for GB and 16GB variants respectively. With the price cut and considering the phone’s features it is a very attractive buy, especially since other smartphones start at $200 with contract. The price drop applies to Australia, Canada, France Germany, Spain, Korea, US, and the UK. Now that Google is clearing its stock is the Nexus 5 overdue?