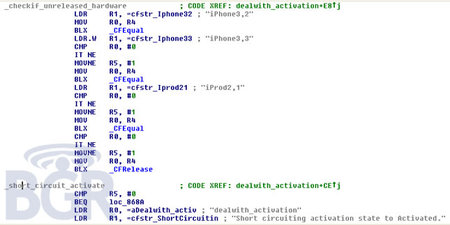 There’s word that the very-underground iPad 2 and the Verizon Wireless CDMA iPhone are on the way to their proving grounds where they will be put to test. A block of code, that we have here, allows the products to be ‘field tested’ by carriers without having to activate the handsets. There’s speculation as to why would Apple do something like this. The whole fuss behind the device(s) is because it will allow users to auto-deactivate it by bypassing the need for iTunes.