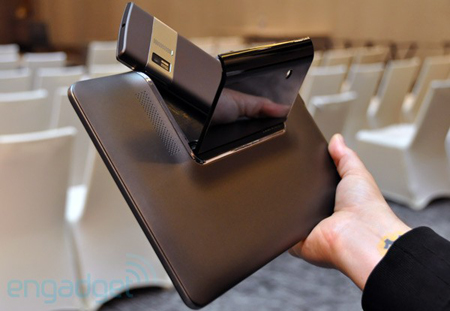 Next month may see the new Asus Padfone

Asus will be giving their Padfone a major facelift, claims a report. This device has turned many heads with its capability to dock phones into tablet docking accessories to maximize display size. Now, new reports come in claiming that the Asus Padfone is coming with Nvidia’s Tegra 3 processor or a Snapdragon S4 MSM8960. What’s more is that we can expect a wholly newly redesigned Padfone coming along. This may even put the two speculated processors in doubt.

What better venue to finally get some clarification on what the next Padfone will look like but Mobile World Conference 2012. So February 27th is the day.
Android And Me