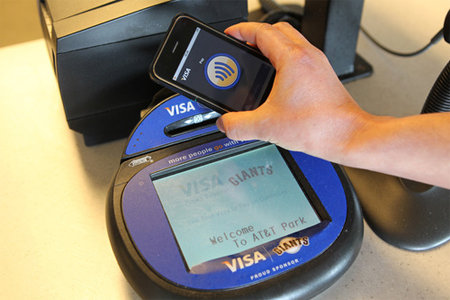 We’re still on the iPhone 4 and following its hi-jinx through the handset segment and already the rumors around the next gen device are rampant. We already heard that the ‘iPhone 5’, if Mr. Jobs decides to stay boring and retain that name, will be equipped to handle NFC (Near Field Communication) technology. We also know that the plan for using this technology was supposed to be for payment solutions from your handset, the eWallet. The technology will also, of course be incorporated into plenty of other fields like data transfer from an NFC equipped computer. Data can automatically transfer from your Mac or PC to your iPhone and stop the moment your device is out of range. It’s quick and painless and most importantly, it’s wire free.

The same data like contacts, passwords and such could be applied to the Mac when in range with your handset and be removed the movement the handset is ‘away’. The technology has plenty of uses that will keep cropping up much sooner than later, but so far we at least have a bead on the next iPhone being equipped with it.
Cult of Mac